“As living libraries, women are truly pivotal to our planet.

It’s sobering to read their tales—empowering to recognize the ways in which their legacies were formed across the eons.

Every story shows how our communal map has slowly morphed.

To know a woman’s past and art?

Being just hours away, Her Day, IWD 2020’s festivities are in full swing: powerful programs, drives, and articles . . . videos on feminism, liberty, and prejudice faced both in the past and present. Women from every continent and walk of life are urged to unite-to share.

“Women make half of the world’s population . . . but tread the halls of power and listen: our voices are still but a whisper.”

Will technology help? Is equal pay the solution? Are we overloading women with work and household responsibilities under the name of gender equality? What percent of women are achieving a healthy work-life balance? Are we aware of what’s going on behind the curtains? Have we created a large enough platform to support the #MeToo movement? Have we done enough... .?

International Women’s Day is celebrated on March 8 every year. It is a day when the world comes together to appreciate the importance of womanhood in society. It’s also a time to celebrate the social, economic, and political achievements of women while putting forth a call to action, aiming for gender equality.

IWD is not an event, country, group, or organization specific. It’s a collective voice willing to make the changes and be the changes.

The story of every individual woman carries weight. 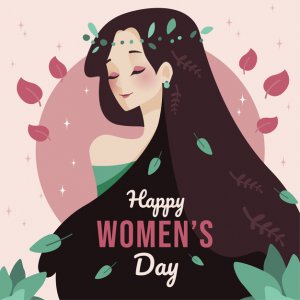 On this very day, women in Soviet Russia gained the right to vote in 1917, and March 8 was later declared a national holiday for them. The United Nations General Assembly subsequently invited member states to declare March 8 the global day for women’s rights and world peace in 1977. 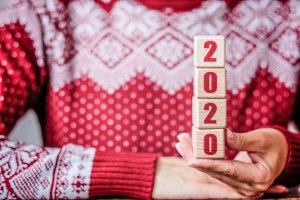 This year’s theme for International Women’s Day is I am Generation Equality: Realizing Women’s Rights. The theme is aligned with the UN’s multigenerational “Generation Equality Campaign”. The theme marks the milestones thereby achieved, such as the 25th anniversary of the Beijing Declaration and the Platform for Action, adopted in 1995, to advance the empowerment of women and girls worldwide. In addition, 2020 marks five years of advancement towards sustainable development goals, the 20 anniversary of UN Security Council Resolution 1325, and the 10th  anniversary of the UN Women’s Establishment.

With a subtitle that says it all- An equal world is an enabled world -this year’s International Women’s Day encourages everyone (including men) to create a gender-equal society.

The official hashtags for the campaign are #EachforEqual and #IWD2020. 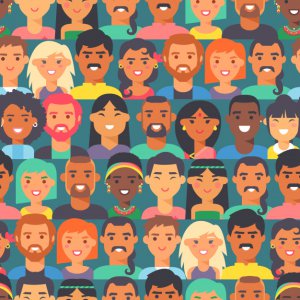 What Do We Mean by an Equal World?

Individually, we’re responsible for our own thoughts and actions-all day, every day. We can choose to challenge stereotypes, fight bias, broaden perceptions, improve conditions, and celebrate the achievements of women . . . or not. In many ways, we must act alone, as fighting for freedom demands resolve that’s personal as the sacrifice.

Even so, IWD’s 2020 campaign theme is drawn from the notion of “Collective Individualism.” We all are parts of a system-shared and serve a greater good.

Gender equality is essential for economies and communities to thrive. A gender-equal world can be healthier, wealthier and more harmonious — what’s not great about that? The race is on for gender-equal boardrooms, gender-equal governments, gender-equal media coverage, gender-equal sports, and gender-equal everything . . . so, don’t delay. Let’s make it happen. Time is of the essence.

Be Yourself to Be Your Best

Stay true to yourself. First, you have to find your niche, your thing that makes you who you are. What will you be known for? No matter what trouble comes your way, do a search for the silver lining. Excel to overcome the trial or adversity and remain positive (but real). Along the way, do what you can to make a positive difference for women everywhere. 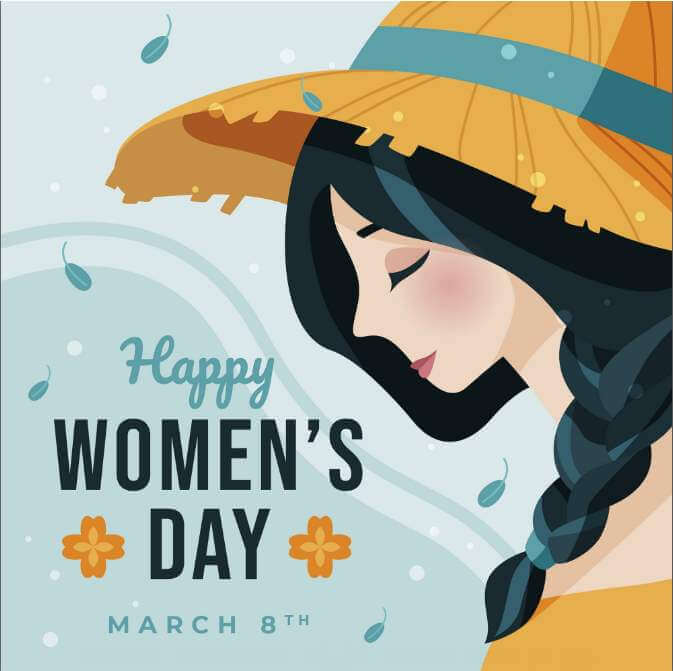 From my own part, I’m sharing a few insights and ideas on International Women’s Day to encourage women to be bolder, stronger, and more powerful in all spheres of life.

How Can We Motivate Women (to Build a World that They Deserve)?

It only takes one moment to inspire someone: a moving commencement speech, a slogan on a handmade protest sign, or a sound bite that reverberates through the media. When inspiration strikes, people turn to explore the topic. And that means plenty of introductions. Don’t be ill-prepared.

The ability to communicate with people of all backgrounds effectively is paramount. To inspire, we must be technical, business savvy, and heartfelt, no matter who our audience is. Speak not to speak but be understood. Be understood to inspire.

Be informed and ahead of the curve. Equality and women’s rights aren’t being discussed on an annual basis; No, this is a movement—and its digital footprints are expanding across continents and generations. Digital transformation is helping people find information on how they can participate in the dialogue—or the action. Movements like #MeToo and Time’s Up gave new momentum to the international conversation and pushed many to get involved.

Showcase the work and passion of women in all industries by providing a platform to celebrate their talents and spotlight latent role models for others. We believe in the transformative power of great ideas. We know that invention and innovation can come from anywhere irrespective of gender. So, let’s strive to create a tool that anyone can use to share their ideas in a way that will have a lasting and meaningful impact on the world. 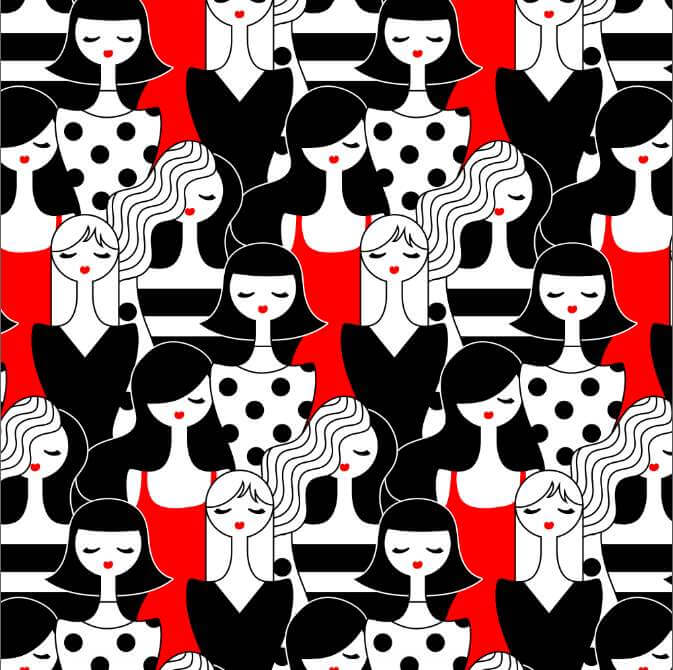 Women are social, so let’s create a supportive global community in which women can connect, be inspired, and encourage each other to realize their passions. Inspire others to develop their own styles-to foster personal strengths, experiences, and insights.

Don’t let fear and doubt hold you back from speaking up. Dare to be different. Disrupt the status quo. Show others you think differently, and show them how thinking differently can change the world. Be a unicorn. Stand out. You weren’t born to fit in.

Teach those around that there is always something that makes us feel like we aren’t good enough . . . but we have to be bold, just the same. Fear and doubt aren’t reasons to remain silent. Speak of what you know, and help train a spotlight on those whose knowledge exceeds your own in other areas. We have too many people who get drowned out. As a woman in the progressive movement, I want to make sure all my sisters are heard. There are people doing incredible work in the world, and if you are fortunate enough to have a platform, you also have a responsibility to help people’s voices be amplified.

The greatest tragedy is not trying at all because we can’t admit we’re imperfect.

Provide opportunities to develop high-demand skillsets, aid career development, and support women to become industry leaders in all phases of their careers. Great thinking has no value if it remains an idea. Above all, begin right now, and never, ever give up.

People look to thought leaders for a reason: because they don’t always say what everyone else is saying. Be bold. Get behind what you’re saying, and say it with conviction. It’s okay to be controversial.

React in real-time. Saying something great is only great if people are around to hear it. In other words, don’t miss the window of opportunity. Whether it’s an event, a news headline, or a social trend, contribute while the topic is hot. Don’t expect to get the same response talking about something two weeks after it’s over.

The 2020 #EachforEqual campaign runs all year long. It doesn’t end on IWD. It starts a new each day with you. All women deserve inclusion, safety, comfort, and an equal chance. So, do your part today! With that, you’ll forge a brighter future.

“Billion eyes of the dark sky with their unimaginable chasms, Penetrate deep inside the luminous souls to drink milk of love, Opening the unknown compilation

Listen to your convictions

Unleash The Greatest Power In The Universe