Know Your True Origin As A Creative Being! 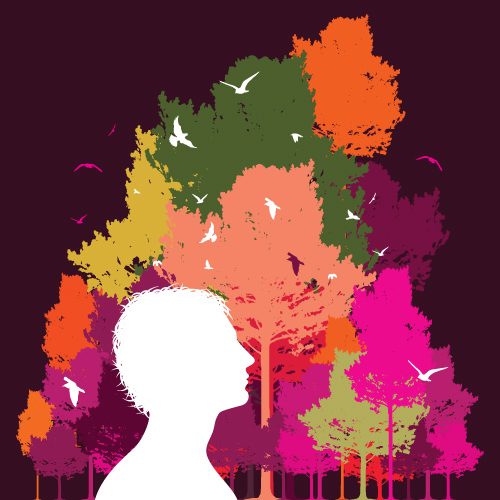 This is true they say with great pride,

To emerge from the earth’s milky womb,

So much that the gift of spiritual powers was lost,

One birth wheeled to journey of reincarnations

Still as man and woman adorned the image of Gods,

To be called as ‘Human Beings’ won the accolade from all.

From the depths of human nature, gaze outside to the greater world of nature and cosmos to understand your own self. Penetrate inside to discover the component of spiritual constituent secretly embedded that bestows individual identity upon each human being. We are spiritual beings brimming with the powers of universe inside us and so powerful are our powers that we can be accorded the title of Creator. Often, I think, only because we are born from earth with mortal origin should we be called as human or do we deserve a better identity.

We are Energy Beings:

Look at the enchanting background of the dark sky, filled with twinkling stars and moon; from the remnants of those stars and the dust of dark patches of each trailing starlight spectrum we were formed.

We are made up of trillions of atoms filled with energy that makes our body electrical in nature. In our heart electrical activity is constantly going on without any interruption for a milli-second, you can measure that activity with Electrocardiograph.

Our body consists of tissues and organs; going deep inside the tissues and organs you will find cells which are further divided into blood cells, skin cells, etc. Each cell is like a battery with 1.4 voltage per cell (assume we have 40 trillion cells in our body), then calculate the total voltage inside us. Can you believe the figure?

By now, all of you will agree with me that we are not Human Beings. We can now proudly declare that we are ENERGY BEINGS.

As we go deeper and deeper few thoughts arise that, “Did the universe sent us on the earth as Energy beings only to live a physical and mortal life? Do our energies and waves of vibration have the potential to create like the colossal universe? Is it something more God wanted us to do for his creation? What? How? Why?”

From Energy Beings to Creative Beings:

Take care of your health to live long, manage your time efficiently to be productive, meditate to improve your mind power but what about the energy stored inside our body.

Our body is a storehouse of massive energy – physical, emotional, mental, spiritual which cannot be defined or imagined by anyone. In deeper thoughts, the universe has brought the man on the earth to be a source of life and a medium of creation. Energy beings are brought on the earth in a pure form unaware of any discrimination, unclouded by any desires or manipulations to contribute something significant and sustainable to the world. God has brought on the earth not energy beings but a message of thousand creations, a message of great revelations, a message of change as a natural part of evolution, and a message of deeper awareness.

We are Energy Beings, born in the image of God responsible to love other living and non-living beings, utilize our skills and intellect with greater resonance, and to sustain his marvelous creation. These energies flow to us from the will of God so that our intelligence, skills, emotions, spiritual power are in a ubiquitous union with the essence of God, his manifestations, and his creative energies.

As energy beings, we should harness our energies to conceive, create, cultivate, construct, so that each one of us, in some way or another can participate in God’s act of creating. We cannot let the divine energies just drain away and lose our opportunity to be connected with the higher self, higher purpose, higher revelation.

We are amazing beings of energy but just possessing the energy within us is not enough. Take a step further, engage your energies, unleash your divine brilliance, beckon your ancient wisdom, and revive yourself not as Energy Beings but as Creative Beings.

From Energy Beings to Creative Beings:

Every human is a creator and creativity is our distinctive ability. The power to create is the biggest blessings conferred upon humans by God. Human beings have the potential to think, create, and develop any ideas as the proclivity to create is inherited from the Almighty God itself. If we study the amazing powers locked in human beings, it is obviously crystal-clear that human beings of such power, thinking abilities, survival skills, imagination, spiritual consciousness have not originated from an ape but from the God seated in the heavens looking down upon us in admiration and concern. He has bestowed his legacy of creation to us with complete freedom and trust that we will care for his creation and other living beings. We are born here to think, create, develop some ideas or inventions or thoughts or contribute something that can be of value to all of us. Our creations have the true power to make us immortal, our energy is immortal and is transferred to the universe after our death. Even if we are not alive, our individual energies are omnipresent in the universe.

Think of some ideas, try to transfigure them into a tangible or intangible form, evaluate the benefits or value of your idea, communicate it to other creative beings, collaborate to further improve or develop the idea, reinforce the idea with improvements, be proud to take the accountability of your idea and thank God for giving you this superb power of creation.

As we gain full awareness about creation, experience the true beauty of creation, we open up to the infinite magnitudes of energy consciousness, and join the divine movement of consciousness.  Every thought, action, conceivable idea is divine and originates from the higher powers of creation – GOD, it is connected to the energy consciousness and has the underlying cosmic power to expand and enrich other creations.

You need to join this divine movement of consciousness as it is incomplete without your participation. You need to start creating, using your creative powers, enriching your creative abilities as you are not an energy being but a Creative being. You are born to create, creation is your religion and to create is your primitive duty.

Welcome to your origin, Know yourself as a Creative Being!

Make me a Woman

‘He is a farmer, who sows his seed in bosom of earth to give me birth, I grow with other crops as siblings in the fields joyfully

Never Use The Excuse Generator App

Do you know the name of the equipment we use to protect ourselves from giving true replies or expressing real emotions? Answer =  Excuse Generator?