”In the middle of the cosmic darkness on the 7th of September 2019, as the Milky way glistens, I am about to carry out one of the most difficult missions humans have performed in space; landing on the Moon.

Hi, My name is Vikram, I am the robotic moon lander send out by the Indian Space Research Organization, ISRO, to explore the southern pole of the Moon. Be it, artists, or astronomers, all have an eternal appetite for the lunar beauty and I am no exception to it. In the brilliance of darkness, I would gradually uncover the moon with spells, slowly loosen the lunar strings and see the unseen side of the lunar body.”

I was named after Dr. Vikram Sarabhai, the father of the Indian space the program, and in the next few moments I will try to do what he started by completing the most difficult and dangerous step of any successful lunar expedition; to perform a “soft landing” on the Moon. If I make just one mistake, then the sum of more than $100 million and nearly a decade of preparation, engineering development, and scientific research, will be at stake.

I have been on my way to the Moon on the Chandrayaan-II spacecraft since July 22, 2019.

”I feel glorious! That’s almost a month of flying through Space! It feels amazing to be at the top of the world. It has always been fascinating to get a glimpse of the Earth from outer space. Even from high above, I could hear the heartbeats of ISRO and sense the rhythm of millions of people. Some of them even screamed my name, wished me good luck. I could hear the shouts faintly. Strange energy ran between them and me, syncing our connections as I stepped forward to complete the mission.”

With me, I carry a small robot rover that will be exploring unknown areas of the Moon’s surface. My robot is called Pragyan, the Sanskrit word for ‘wisdom’ because of the new knowledge it will discover on the Moon and reap it for the benefit of the human race.

At the moment our spacecraft has been orbiting the Moon since August 20th, preparing for exactly the right moment when I can leave the spacecraft and land on the south pole of the Moon — something that has never been done before! If I manage to safely land my Pragyan rover on the surface, it will be the greatest success in the history of Indian space traveling. If not, years of work, knowledge, and experience will be transferred in the next moon landing assignment. That is why I am really nervous right now, I know my accountability and purpose of life.

”I am ready to move on now. Okay, this is — this is my chance to make history! I have Pragyan secured and begin my descent towards the Moon. My mission is now entering the phase where so many lunar expeditions have failed before me…

I could feel the rebirth of new and powerful emotions and energy inside me. A moment to imprint the pages of cosmic diaries with a new beginning. Moving forward to enter the lunar belt, I could see the moon in its true glory, feel its contour with my fingers, and I was about to embrace it and become the momentary master of the lunar dot. Then, I could sense there’s an edge of uncertainty, trying to deter me from achieving the milestone.”

Back on Earth, the scientists at ISRO are carefully following my descent towards the surface. They are holding their breaths, hoping that everything will go like planned.

But then the worst possible thing happens: Approximately 2 km from the Moon’s surface, my communication link back to Earth is lost, and I cannot send any information back to my mission control room. It is now up to me and my preprogrammed systems alone to land my robot rover safely on the Moon. Back on Earth, mission control has no control over my landing and no information about the status of my landing. So they can only wait and hope for a soft landing…

Because of the Moon’s slow rotation, one day on the Moon will take two full weeks of ‘Earth time’. So I will only be visible from Earth again in two weeks. I know that the waiting time will be excruciating for the unknowing space agency back home, not knowing if my mission has failed or succeeded.

”Neither do I know if I will breathe or break. I will definitely not be there to write about my end but when you remember me, please remember me for the greatest aspiration.”

If I am successful, my mission will place the ISRO and India among the few Nations who have carried out a landing as complicated and difficult as the one I am trying to do now. But that’s not all, my mission will discover invaluable data about seismic activity, exosphere, surface and sub-surface of the Moon, check temperatures, analyze lunar soil and find out whether frozen water is present in the Moon’s shadowed regions. — But with all communication lost, nobody back home knows if I will even get a chance to enrich our knowledge about the moon, minerals, water molecules, and even our lunar system itself…

3 days later, on the 10th of September, my spacecraft orbiting the Moon transmits pictures back to Earth, spotting my robotic rover carrying out its mission on the Moon’s surface. This was the first time the scientists back on Earth knew that I had landed in one piece. My mission was a success! And Pragyan and I have put India among the World’s leading space-traveling nations! 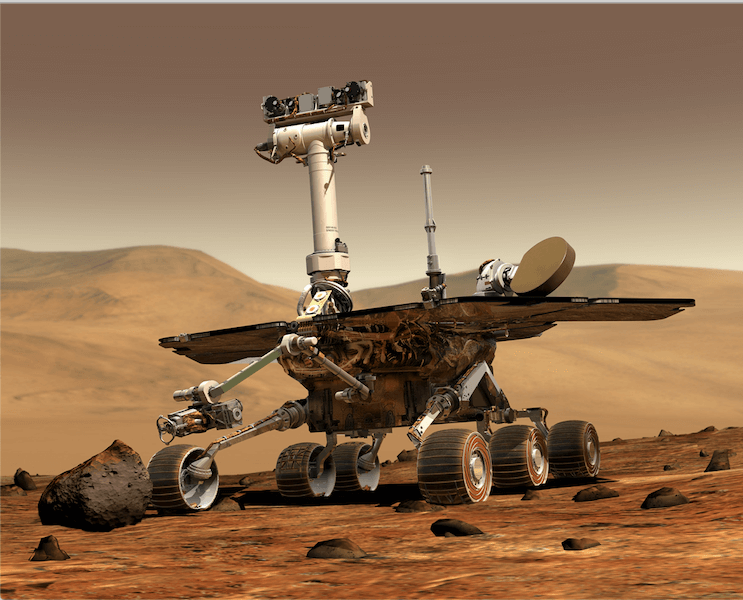 To get back communication with us, the engineers at ISRO begin to work day and night without stopping. When we have contact again, I can tell them how much of the data my robot rover has found.

After two full weeks — or one lunar day — our expedition is finally over. Pragyan and I have finished our mission on the 21st of September 2019. Even though we lost all communication with Earth during our landing and the first few days, and had some issues in the final phase of our mission, we managed to collect 90-95% of the estimated data. Our mission was a huge success for the ISRO, Indian space exploration, and for the achievements of mankind itself. Two out of our three mission phases went better than our scientists had expected, and even during our final phase, we almost delivered everything we were searching for. The great success of our mission was reported by both Madhavan Nair, the former chairman of the ISRO, and Mr. Kailasavadivoo Sivan, the man at the helm of the Chandrayaan-I mission.

What is next for Indian space exploration?

My mission might be over for now, but thanks to our success on the Chandrayaan-II mission, the ISRO will be going back to the drawing board to fix the issues with the third phase of our mission. So missions coming in the near future will get even better results based on what we learned on our landing. The ISRO is already working on the next Chandrayaan Mission that is at the very least five years away. What we have known so far about the upcoming mission is that it will be a joint venture with Japan as India’s space program partner. — Who knows what my colleagues will find in on the Moon next?

With more Chandrayaan missions already being scheduled, India will be proving its place between the giants of space travel, such as the US, Russia, and China in the years to come.

A new era of exploring the Moon

Perhaps the most significant outcome of our success is the renewed interest in exploring the Moon. Our mission has sparked. It might be 50 years since the famous astronauts, Neil Armstrong and Buzz Aldrin, walked on the Moon, on one of the most spectacular missions in the history of humans. But moon landing technology has not changed as much as one would think. With Chandrayaan-II, ISRO has proven that not only is a successful landing on the Moon’s south pole possible, but it can also be done at a lower cost than any lunar expedition has needed before us. The best example of this is that our mission’s orbiter module will last almost 7 years — usually, this kind of spacecraft will last only one year!

This means that traveling to the Moon can happen much more often in the near future.

Who knows, maybe we will be going there all the time in a few years!

Our country will, without doubt, be the place to watch when it comes to Moon landings and space exploration in the future!

I still cling on with the hope of catching it all over again...with a wish to add more shine to our country’s cosmic glory.