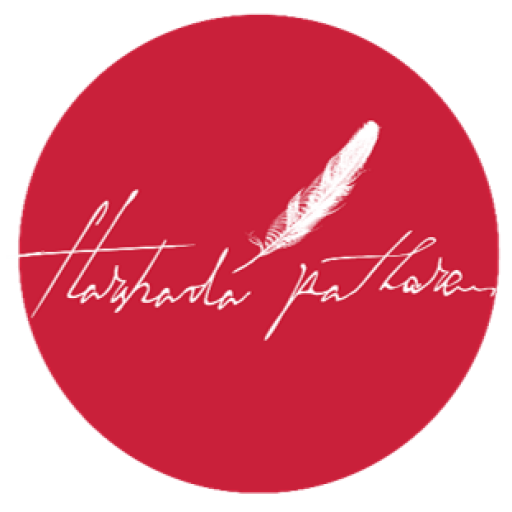 Festivals are the real curators of traditions. They keep the flames of traditions burning not allowing it to be reduced to ashes. Let this not limit us to celebrate only existing traditions and stop us from creating new traditions like our great ancestors.

The ancient land of India is the proud originator of various traditional celebrations. Every festival is a big brand in its own culture, embedded with historic significance, embellished with belief of people, emerged from customs and rituals to be passed on from generation to generation for prosperity and auspiciousness.
Among different traditional events, Ganesh Chaturthi engraves a remarkable memoir in the hearts and minds of the Hindus. The festival has an ostentatious connotation as the celebrations are done with colossal vigor and splendor all over India. The festival starts on the fourth day of waxing moon period in the month of Bhadrapada (August or September) and the celebration continues for 14 days.
The grace of Ganesh Chaturthi bestows inner strength in devotees to eliminate obstacles, gain success and prosperity in every endeavor. The worship of supreme divinity and elements of the nature on this day are known to bless the worshipper with protection, strength and progress. 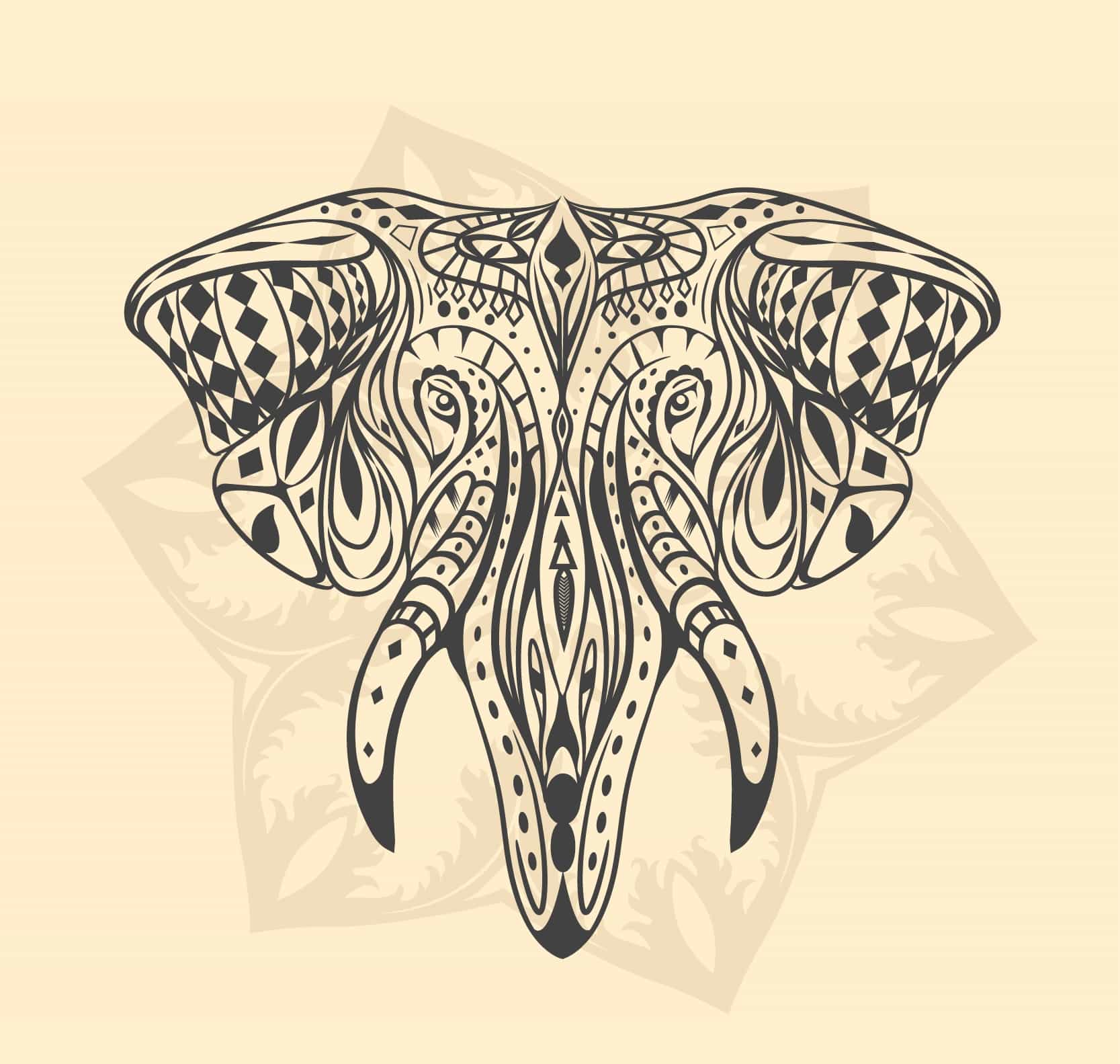 Let us read the below story from the ancient scriptures of Mahabharata.

Even the Queens of Hastinapur, desired the legendary blessings of Lord Ganesh on this momentous day for their princes.

The kingdom of Hastinapur was deeply engrossed in preparations for the auspicious day of Ganesh Chaturthi. From the palace to the praja (people) everywhere the immense fervour of the festival was clearly seen in decorations and gusto of lighted lamps, aromatic fragrance and decorative colors.

Mother Queen, Kunti, the mother of Pandavas, also wished to worship Lord Ganesha in the form of a mighty elephant and expressed the desire to her sons. Living in Hastinapura palace along with their rival cousins, the conversation reached Duryodhana and he decided to hatch a plot to obstruct the divine protection shower on Pandavas.

Kauravas fetched the most robust elephant for their Mother Gandhari. Now as that task was completed, they were busy in hiding all the best elephants from the jungles and nearby places so that Mother Kunti could not worship an elephant on Ganesh Chathurthi.

Meanwhile the sons of Kunti had started the hunt for a mighty elephant as required by their mother for worship.

After a long audacious search, the brothers failed to find an suitable -elephant and informed Mother Kunti, who felt desperately sad over the entire incident.

Prince Arjuna, the great archer could not bear to see his mother unhappy and insisted her to start the preparations for Ganesha Pooja.

“Everyday the sun travels to the end of the endless sky in a single wheeled chariot having seven horses controlled by serpents on an unsupported road with a charioteer having disabled foot. The actions of great people are accomplished by their inner strength, not by the means of doing it.”

When further questioned by mother, Arjuna told her and his brothers that he would arrange for the Divine Airavat, elephant of Lord Indra, King of Heaven for her worship.

Hearing this, Kunti’s joy grew no bounds, as Airavat had emerged from Samundra Manthan (ocean churning) and was the most divine creation of Ocean God.

The news of Airavat elephant, Arjuna’s challenge, reached every corner of royal palace and courtiers and nearby kingdoms started fuelling more jealously in the minds of Kauravas.

Arjun darted an arrow in the heaven with a message to his divine father, Lord Indra who instantly replied to his favourite son to arrange a passage for Airavat to arrive and depart. The elephant would use the passage as a gateway from heaven to earth and then from earth to heaven for departure.

Arjun agreed and Kunti’s preparations started with grandiosity, smoldering the envy and fury of hundred Kauravas and Shakuni.

On the glorious day of Ganesh Chaturthi, royal members, princes, servants and thousands of people gathered at the outskirts of the Royal palace to watch the spectacular episode of exceptional skill.

After the royal worship of Queen Gandhari, Arjuna appeared along with Mother Kunti on the imperial ground. The noble prince touched his Mother’s feet for blessing, and then saluted to Dronacharya, royal elders and Yudhistra.

The excepted majestic appearance of Airavat had made the crowd mad with joy and yelling, ‘Arjuna, Arjuna’ name in the air.

Arjun resumed his meditative posture and prayed to Lord Indra for accepting his request. 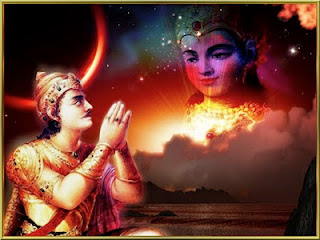 Soon as he opened his eyes, he saw the majestic elephant peeping through the golden, bluish white clouds of early dawn.

Arjun with his expertise in archery and warrior skills, started shooting arrows in the sky to build a bridge. His Gandiv bow and inexhaustible quivers swiftly created the passage of arrows before the assembled crowd.

Never before the crowd had seen such an extraordinary fleet of performance. Mother Kunti’s bosom swelled with pride as Arjun stood there in his princely grace, strength and virtue.

As Airavat stepped on the bridge, the enormous weight crushed down the bows of bridge. Arjun had to do the exigent task of filling the gap of bridge with more arrows than that the elephant could break. At last, the Son of Indra succeeded in fulfilling his promise to Kunti.

Yes, Airavat reached the earth and stepped down on royal palace ground of Hastinapur. Filled with pride and tears, Kunti worshipped the divine elephant blessing her son Arjun.

After the worship of Airavat in Hastinapur, Arjun arranged to return Airavat back to the Heaven as promised to his divine father.

The applause received by Arjun, fame of his extraordinary archery fleet, love showered by royal members, poisoned Duryodhana to no measurable ends.

Moral – Instead of spending your energy on envying or resentment or competition, we should aim for self-development and enrichment.